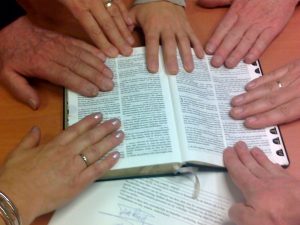 Summary / translation:
“I Saw a very wild water course and a rubber boat.
Aquila Deborah And David Joshua Were in the front of the boat and we were in the back. There were very sharp rocks and Aquila Deborah And David Joshua Had The Skills To Navigate through it but it Required of us to very Precisely Follow Their Orders. All of us had a paddle and we Had To Give everything we had and attentively Follow Instructions. The Only Way To Get Through that wild current Safely Was That all of us steered along with our paddle According To The Orders Of Those In Front Who Could See what was ahead of us. No one could relax, we all had to Take
our Responsibility. 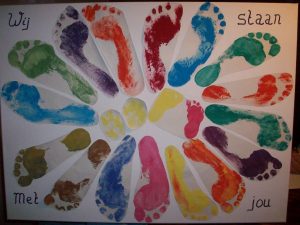 Vision Received in 2010 In Relation To The Moving
In His River Of Glory Always On The Cutting Edge
Source Group; Unfortunately, the messenger Of This Significant Message (one of the hands On The Picture, The Promise On God’s Word, And one of the feet on an Encouragment Promise ‘We Stand With You’, made by himself with the group For Aquila Deborah In Rough Times, AND the receiver of the dream Which he has painted For Aquila Deborah In 2012) Did not Make It because of his stubborn double-mindedness, as he said himself; God Answered his prayer to Take Him Away From The River Of Glory; through a small backdoor which he always kept behind, he ‘upgraded’ to being a homegroup leader in a freemasonry community in heemstede (‘netherlands’) and publicly makes a V-sign
(nazi-navigation-sign) above an unsuspecting groep of Precious Called Ones Of God, specifically above a handicapped brother in a wheelchair; vampirism!
Theo’s company is called ‘no half job’;
evil keeps spreading Until… 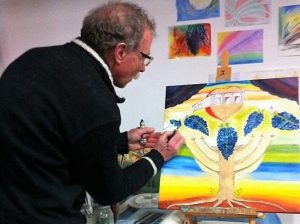 Prophecy For Aquila Deborah Bat Sion And Source Group,
Through lance wallnau on 12-11-2009